On Wednesday,during a meeting of the National Working Committee of the Peoples Democratic Party, PDP, the much expected talk of waivers for new entrants of the party such as former EFCC chairman, Nuhu Ribadu and former Lagos State military administrator, Buba Marwa was not discussed; THE SUN reported.

Ribadu and Marwa had both applied for waivers so they can contest in the PDP primaries ahead of the Adamawa state governorship election.

If the waiver is not granted, both men remain ineligible to contest the Adamawa election. 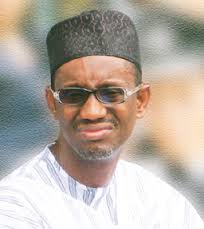