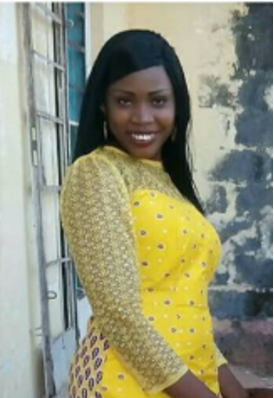 It was gathered that the lady, identified as Witness by name, was said to have been dating the young man who was a student of the same institution before the sad incident.

On the fateful day, an eyewitness said the young man had called the victim’s phone severally but all to no avail as she did not pick or return the calls, thus enraging her estranged lover.

Few minutes latter, the lady was seen by the lover alighting from another man’s vehicle with polythene bag containing bread and some raw eggs.

“Upon sighting her, the enraged lover confronted her to know where she was coming from and why she had refused to take her calls. Heated argument ensued between them.

“While the argument lasted, the man got angry, pulled out a sharp knife and slit her throat like an animal.

“Her screams for help attracted male folks around the area but he had inflicted much wounds both on her throat and face.

“He quickly ran to the school gate threatening to stab the security man if the gate was not opened for him”, the source said.

The lady was rushed to the hospital for medical attention where she’s currently battling for her life.

The source added that the lover has been arrested by the police.