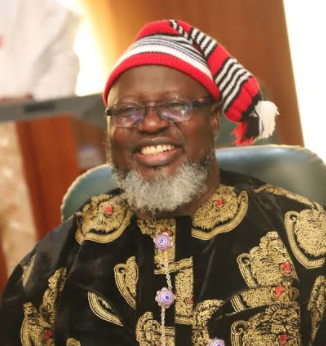 The FEC started about 11am but with absence of the National Security Adviser, NSA, Babagana Monguno, and the Attorney General of the Federation, AGF, Minister of Justice, Abubakar Malami and the Minister of Interior, Abdulrahman Danbazzau.

However, the Chief of Staff to the President, Abba Kyari, the Secretary to the Government of the Federation, SGF, Boss Mustapha, the Head of Service of the Federation, Mrs. Winifred Eyo-Ita and the Minister of Women Affairs, Aisha Alhassan among others are in attendance.

The Communication Minister, Adebayo Shittu drew attention to himself as he appeared in Igbo attire.
PLACE YOUR ADVERT HERE
Connect with Politics News Readers!