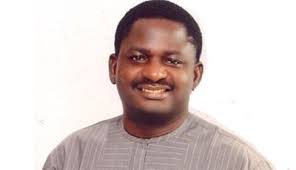 Speaking during an interview with VANGUARD, Adesina said such plots against the Presidency will fail.

“Their role in the presidency is one. It is a ticket.''

So, any attempt to begin to demarcate between the President and the Acting President is exercise in futility. It is an exercise in mischief and we should just ignore anybody who says that.”
P

Oct 11, 2020
Chinedu Iroka
C
K
Politics What Will Happen To Me After I Stop Working For Buhari – Femi Adesina – Information News