The new Afghanistan President-elect Ashraf Ghani would be sworn in on Monday in the first peaceful transition of power from one elected leader to another in Afghanistan.

Abed Adel, Spokesman, Office of Administrative Affairs, said on Sunday in Kabul that all preparations have been concluded and the three-hour inauguration would take place on Monday morning.

He said Ashraf Ghani, a Former Finance Minister, would officially take over power from Hamid Karzai, who took office 13 years ago following the U.S. invasion and collapse of Taliban rule.

Adel said more than 1,500 guests, including 200 foreign dignitaries, have been invited to the ceremony.

He mentioned that Indian Vice President Mohammad Ansari and a Chinese minister are also been expected.

Adel said Ghani would be sworn in by the chief justice, laying his hands on the Koran and swearing to be an honest servant of the country and people.

A senior security officer, who preferred anonymity, said the security at the venue of the event would be ``Water tight’’. 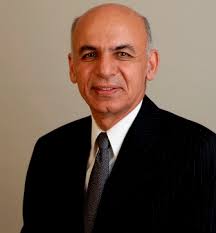