FREE Nigerian Business Directory
✅ NEW - get your business listed and your information shared across social media.
Ad
Self-proclaimed preachers and prophets who say they can perform miracles are growing in popularity across Africa, BBC reports.

Of concern to many with interests in the Christian faith are the “prophet of God” or “man of God” churches.

These are led by self-proclaimed prophets or messengers who are believed by their millions of devoted followers to have the power to perform a range of miracles from healing the sick, curing Aids and even raising the dead.

But who dares take on these seemingly untouchable men?

A while ago, the government of Nigeria, especially Lagos state canceled the airing of miracle programme on national televisions 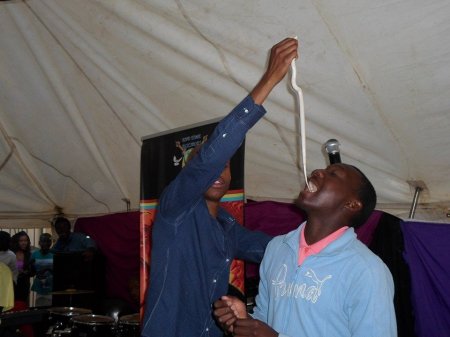 Also, some governments are starting to think churches should be held accountable to a being other than God.

They are particularly concerned that bogus preachers are targeting vulnerable people.

Jan 14, 2016
kehinde Festus
K
A
Metro The Niger Delta Crusaders, The Muslim Pilgrims and The United States of Nigeria By Femi Fani-Kayode