FREE Nigerian Business Directory
✅ NEW - get your business listed and your information shared across social media.
Ad
The Ondo state chapter of Nigeria Labour Congress (NLC) and its Trade Union Congress (TUC) counterpart yesterday directed their members to embark on an indefinite strike following the non-payment of five months workers salaries by the government led by Dr. Olusegun Mimiko. 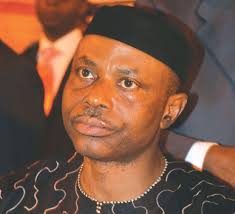 The workers in the employment of the state government will from today boycott their various places of work.

The directive was contained in a communiqué issued at the end of an emergency meeting of the leadership of the Joint Negotiating Council (JNC), NLC) and the TUC held in Akure, the state capital.

The communiqué reads:
----
“It has become unbearable that workers have not received salaries for the past five months at a stretch. Workers of Ondo State can no longer bear this situation in view of the untold hardship suffered by them.”

However, it was gathered that secondary school students currently writing NECO examination will be allowed to continue with the exercise during the strike.

The labour unions directed all workers in the employ of the state government to stay away from their offices, just as hospitals, public schools, state-owned media organisations will be shut down during the industrial action."