Curators
For Sale - One Bedroom Executive Flat - Lagos (NGN37m)
✅ NEW - car park, swimming pool, 24 hours light/security and more.
Ad
Gabriel Agbonlahor has stepped down from his role as Aston Villa club captain and apologised for his "actions in recent weeks". 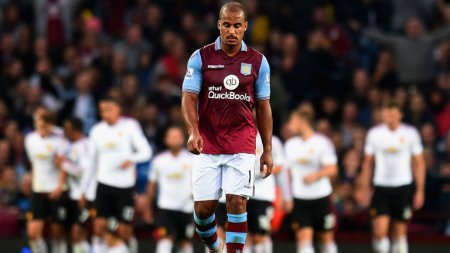 The striker is currently suspended by Villa after he was pictured apparently partying immediately after their relegation from the Premier League earlier this month.

"I do not deserve to carry out such a role anymore.

"This role was a huge honour to me and it hurts to have lost it." BBC Sport quotes the striker.

He had previously been investigated, with Villa opting to take no further action, after being pictured on holiday in Dubai in March appearing to hold a shisha pipe.

"My celebrations and passion, especially in games against local rivals, shows my loyalty to Aston Villa," added Agbonlahor, who has spent 16 years at the club, in a post on Instagram.

"I am asking Aston Villa fans for forgiveness as I'm hurting as well despite reports and photos in the press making out otherwise.

"I agree my performances this season have not been good enough but I will be working hard to make things right! Up The Villa, Villa Till I Die!"

Caretaker boss Eric Black said the current investigation is "ongoing" but expects it to conclude in the next 24 hours.