For Sale - One Bedroom Executive Flat - Lagos (NGN37m)
✅ NEW - car park, swimming pool, 24 hours light/security and more.
Ad
Nigeria's Attorney-General of the Federation and Minister of Justice, Abubakar Malami wrote to the Senate, urging it to suspend its invitation to the Customs chief Hameed Ali. 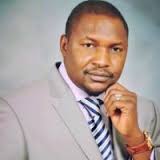 Ali told reporters about the AGF's letter after attending a meeting at the Aso Rock Presidential Villa; THE NATION reports.

”Somebody has sued us. It is subjudice. I have got my writ of summons and they said status quo ante should remain, which means nothing should move until the court makes a pronouncement,” he said.

“Based on the advice from lawyers and briefing from the Office of the Attorney General and Minister of Justice who is also a party in the suit, I won’t be appearing before the Senate tomorrow until the court decides otherwise”.

By law means, the agitation of law makers is subsided.