He told journalists on Thursday through CSP Chidi Nzota, the zone’s Police Public Relations Officer, that
Anekwu was only invited and interrogated after which he was allowed to go.

He, however, said that Anekwe was interrogated for about five hours.

Mbu said that the reporter was not detained in a cell or beaten as he alleged.

The AIG claimed that at the time Anekwe was with the police for interrogation, there were only three suspects in the cell, including a Police Constable who was detained on disciplinary grounds.

He urged the media to uphold the tenets of the profession which compelled them to give only factual information to the public.

It would be recalled that Anekwe had alleged that he was invited on October 2, interrogated and detained by the AIG for allegedly describing him as "controversial". 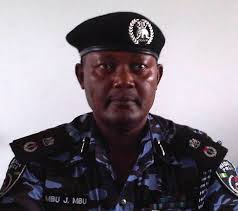