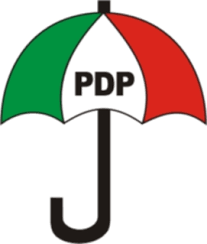 According to THE NATION, at a news conference in Abuja on Tuesday, Spokesperson for the Makarfi camp, Prince Dayo Adeyeye, said “We have seen the handwriting on the wall. What Sheriff is doing is geared towards one goal; and that is to hijack the presidential ticket of the PDP come 2019.

“The former Borno State governor has clearly stated that he is interested in contesting the 2019 presidential election using the platform of our party, the PDP.

“We said it earlier, but most non-party members, as well as some members of the party, who could not see beyond the curtains, didn’t believe it. But we were sure that Senator Sheriff was holding the party to ransom because he wants to hijack the party and use it for his selfish interest.”
Last edited by a moderator: Mar 22, 2017