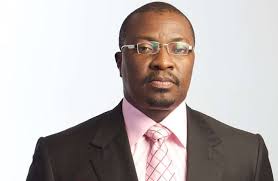 In a lengthy post Alibaba wrote, ''The person who is reading your story now will not make you happy after the person reads the story. The people who run your story are trying to drive traffic with your story. Your story is just a tool to drag visitors to their site. What happens after the story has become a trending topic? ON TO THE NEXT STORY. Go check the lives of those who have thought by going public with a story calculated to wreck an ex, because of a love gone sour... most of them, if not all, hug fame and disappear below the radar of attention. Some settle down but many just can not get up to something that can top that story that trended.

''Don't get me wrong, rape and domestic violence is not what I am talking about. If he or she raised a hand to hit you, break that hand or at least, you must warn others. That's all. Same goes for rape. But when they are personal issues usually associated with relationship differences... just can it. I am not a saint. Just as many people that I know. If you hear stories you go weak. I know of couples that have overcome issues WORSE THAN WHAT MANY go public about. While you are thinking you have issues, there are some who would give an arm, I mean, a complete arm, to enjoy what you call pain. I get several direct messages that rip my heart apart. The couples affected went their different ways and found love.

''Do you know that when you go off on an ex, there are some watching in the wings and trust me, they are not throwing a pity party for you, they are actually saying good for you. Were you blind? Did they put a gun to your head? Why are you telling us now? I am the first to admit that we all have different tolerance level.

''So what I can take another can't. I know a lady, who was just 2 months in a marriage, who left her matrimonial home in Ikeja, at 10pm, and went to her parents house in Gbagada. What happened? "Nosa refused to eat and when I asked him why, he shouted at me!' What did he say, "Don't disturb me!!" And she went to her father's house. The Mum said go back, he is not hungry yet. Some other ladies will go and sleep. No need to stress themselves. As they say, one man's meat is another man's poison."