FREE Nigerian Business Directory
✅ NEW - get your business listed and your information shared across social media.
Ad
Africa’s richest man, Aliko Dangote, plans to launch Nigeria’s first private crude oil refinery by 2019 while almost doubling his cement production on the continent by adding plants in eight countries as he shrugs off a regional economic downturn.

Dangote told Reuters that the $12 billion refinery would have a capacity of 650,000 barrels a day, cornering the market in Africa’s most populous country, where fuel shortages are a perennial problem.

Until recently, Nigeria was Africa’s biggest crude oil producer but it imports 80 percent of its fuel because poor maintenance means its four refineries never reach full output. Its current daily consumption is 260,000 barrels, according to the International Energy Agency. 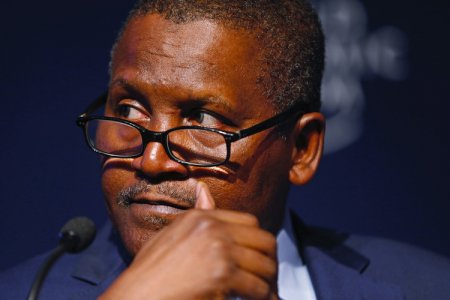 A slump in commodity prices has hammered Nigeria’s economy – along with many others on the continent – and raised the cost of borrowing but Dangote, whose business empire stretches from cement to flour and pasta, is pushing hard into oil and gas.

“It will be ready in the first quarter of 2019,” the billionaire founder of Dangote Cement said.

“Mechanical completion will be end of 2018 but we will start producing in 2019.”

Dangote said the plant, which will include a $2 billion fertilizer unit, was being funded through “loans, export credit agencies and our own equity”.