The committees had on Wednesday summoned the minister and others, to explain the cause of the current fuel crisis in the country.

Chairman, Petroleum Resources Committee (Upstream), Rep. Muraina Adebola, condemned the absence of the invitees, adding that the committees would not allow strike to cripple the nation's oil and gas sector.

According to him,"we need to perform our duties as parliaments and ensure that the strike is brought to an end so that it will not affect other aspects of our economy.

"There is need for us to know the causes so that we can prevail on Mr President and members of the executive council to look into those issues''.

The committees, therefore, re-summoned them to appear on September 23 at 11 a.m.

"We have agreed to summon them again to appear before this joint committee to come and explain to Nigerians the causes of this reported strike so that we can intervene, make our inputs and appeal to the president and some other persons to take appropriate steps.''

PENGASSAN and NUPENG on Monday shut down operations nationwide over alleged irregular funding of their pension scheme. 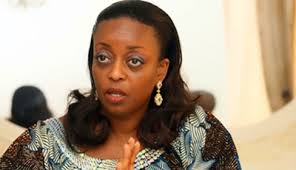