For Sale - One Bedroom Executive Flat - Lagos (NGN37m)
✅ NEW - car park, swimming pool, 24 hours light/security and more.
Ad
America's City of Milford has paid a Nigerian family $30,000 over the Ebola stigmatization meted out to them during the Ebola epidemic. 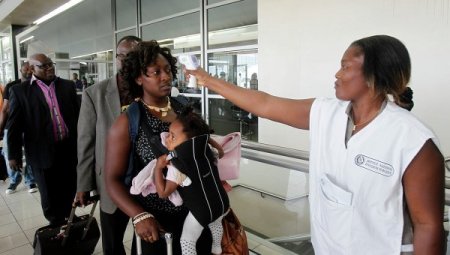 According to New Haven Register, a newly-released document shows the insurance carrier for the city of Milford paid $30,000 to settle a lawsuit filed by the family of a third-grader who was barred from school for several days because of Ebola fears.

School officials initially told 7-year-old Ikeoluwa Opayemi to stay out of school for three weeks last October after she attended a family wedding in Nigeria.

The girl showed no symptoms of Ebola and Nigeria had no known cases of the virus. She was allowed to return to school after her father filed a federal lawsuit.

A document released this week shows the lawsuit was settled on Oct. 30 and the city's insurance carrier sent to a check for $30,000 to the attorney for the family.