"Tonight is a victory for courageous conservatives," he declared, to great applause, as he railed against Washington, lobbyists and the media. 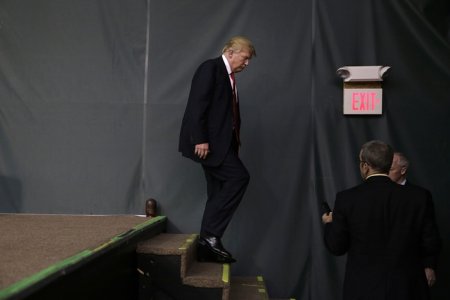 He took 28% of the Republican vote, beating his rival, the frontrunner Donald Trump, and Marco Rubio.

However, Mr Trump congratulated the Texas senator and said he was "honoured" by the second-place finish.

Iowa has an unusual election system based on caucuses, which involve people gathering at private homes, schools and other public buildings across the state.

Democratic voters divide themselves into groups based on their preferred candidate, but the Republican caucus process is more like a traditional ballot.