For Sale - One Bedroom Executive Flat - Lagos (NGN37m)
✅ NEW - car park, swimming pool, 24 hours light/security and more.
Ad
After several months of speculation and his fervent denial, speaker for the House of Representatives, Aminu Tambuwal, has dumped the Peoples Democratic Party, PDP, for the opposition, All Progressives Congress, APC.

Mr. Tambuwal formally made this announcement on Tuesday during the Hon plenary. The law requires him to officially make this declaration before his fellow lawmakers.

For months prior to this, the speaker had vehemently denied planning to move to APC even though his affiliations with the party were public knowledge.

About a week ago, when he attended an APC meeting in Sokoto, it became clear that he was planning to seal the deal and jump ship.

He said that the Sokoto governor, Aliyu Wammako, invited him for the meeting after a visiting PDP delegation to Sokoto led by Tony Anenih, BoT Chairman, had snubbed him.

Tambuwal will be expected to contest for governorship of Sokoto state, from which he hails.

It is believed that he denied involvement with APC for months because he was afraid of losing his position as speaker.

Shortly after today's declaration, Mr. Tambuwal adjourned the sitting of the lower house of parliament to December 3. 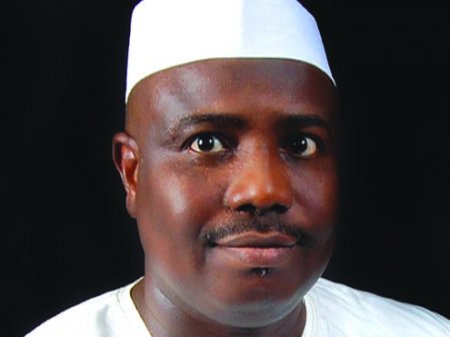