According to the deceased mother, Chidiebere came to their house and asked after the deceased, adding that when her husband, Okwudili, opened the door, he saw Chidiebere fuming.

She said her husband promised the councillor that he would pass his message to the late Nnanyere, who was not at home at that moment.

He then pleaded with him to be patient, adding that they were surprised on their return from the day’s business to be told by their younger son, Tochukwu, that the councillor came back in their absence and beat Nnanyere to stupor, Vanguard reports. 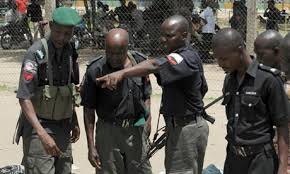 Okechukwu said that investigation into the matter had commenced.

Metro Man beats his wife to death in Anambra – Instablog9ja