Durable luxurious Sideboard in Maple Wood - ₦150k (made to order)
Maple Wood with 3 drawers and 2 doors
Ad
Three medical doctors have arrived in Abuja to attend to the ailing President Muhammadu Buhari at the Presidential Villa, SaharaReporters has learned. 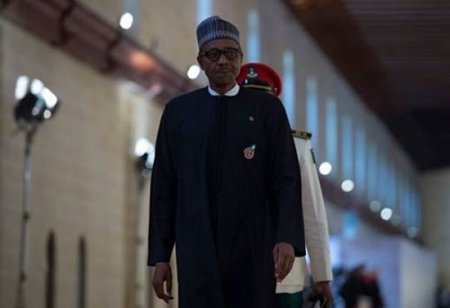 The doctors, all British and Caucasian, are two males and one female, according to our highly placed source at the Presidency.

Mr. Buhari, who has not made any public appearance in two weeks, is described as greatly emaciated, according to two sources knowledgeable about his condition. Despite statements by the government a few days that the president had “resumed work,” Mr. Buhari remains holed up in his official residence.

Even though President Buhari and his aides have refused to divulge the nature of his ailment, SaharaReporters learned several months ago that the Nigerian leader is ravaged by Crohn’s Disease, an intestinal disorder. He is also known to have prostate issues as well as age-related disorders, including early-stage dementia. Mr. Buhari’s official age is listed as 74, but he is widely believed to be much older.
Last edited by a moderator: May 5, 2017

As the doctors give care to PMB, may God give him healing in nomine patris, et filii, et spritus sancti.
O

He is not sick. What's paining me is the money they are wasting.

But they said there was no plan of inviting foreign doctors? Well, there is no much problems with this new development but my point is that they should stop lies, tell us the truths so we can know what to pray.
M

kayode ajayi said:
As the doctors give care to PMB, may God give him healing in nomine patris, et filii, et spritus sancti.
Click to expand...

No matter what the situation might be, we pray for your recovery
P

As the doctor gives u care. I pray God will heal u with His mighty hands.
M

I joined people praying unto God for perfect healing for our president, so shall it be in Jesus name (Amen). Meanwhile let VP continue to represent Him for now,It is well.

May he recover soonest IJN
O

He need to handover to Vice President now
You must log in or register to reply here.