FREE Nigerian Business Directory
✅ NEW - get your business listed and your information shared across social media.
Ad
The National Chairman of the All Progressives Congress, APC, Chief John Oyegun has returned to work after a 10-day leave, promising to put the appointment of a new party spokesman at the top of his agenda.

Odigie-Oyegun had on February 26 proceeded on a 10-day leave apparently on the advice of his doctors who had treated him for malaria and fatigue. 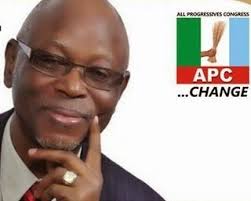 According to Vanguard, the chairman’s decision to go on leave immediately stoked controversy with insinuations that it was a way of quietly giving him a soft landing as he was eased out of prized job.
You must log in or register to reply here.