Mr Okechukwu had reportedly written the minister requesting information concerning Nigeria's crude oil swap variant and the certification of subsidy for the importation of kerosene and premium motor spirit; PMS,into the country by the Nigeria National Petroleum. Corporation, NNPC, from January 2012 to date. The minister had ignored the letter, refusing the release of the information requested for.

Following the minister's refusal to comply with the provisions of the Freedom of Information Act 2011, Mr Okechukwu approached the court seeking for, amongst other reliefs, the declaration that the minister's refusal to release the information he requested for amounts to a violation of section 7 (1) of the Freedom of Information Act, and therefore, wrongful, illegal and unconstitutional. He pointed out that as a public servant, that Mrs Alison Madueke is obligated to furnish him the information he requested for since March, over six months ago.

He asserted that his application requesting for the information was duly served on the minister on the 20th of March through DHL courier service and that in breach of section 4 of the Act, which provides that if the public institution considers that the application should be denied, the institution shall give a written notice to the applicant that access to all or part of the information will not be granted, stating reasons for the denial and the section of the FOI Act under which the denial is made, that the minister completely ignored and neglected his requested for the information.

Mr Okechukwu therefore asked the court to make an order directing the minister to pay the sum of N5,000 (Five Thousand Naira) as penalty for the wrongful denial of his right of access to the information he sought as well as N1 million in general damages.

At the proceedings, Mr Okechukwu's lawyer, Mrs Justina Obono- Obla, told the court that her client seeks a judicial review by way of mandamus to compel the minister to comply with his request and release the information being sought. 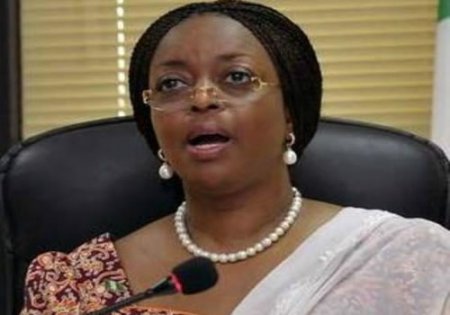