On Tuesday, #SamPayYourWorkers was trending on Nigeria Twitter as youths and other concerned members of the public accused Sam Nda-Isaiah of owing Leadership newspaper staff four months salary.

The former Leadership boss who is also a Presidential hopeful on the platform of the All Progressives Congress, APC this morning took to Facebook to address the accusations.

Nda-Isaiah wrote, "My attention has been drawn to innuendos directed at me by certain persons on the social media to the effect that I have not paid the salaries of LEADERSHIP Newspapers staff members for four months. For some time, I have ignored such disparaging comments, but I think it is time to put the record straight.

1. I resigned from all executive functions in LEADERSHIP four months ago.

2. That when I was the CEO for 10 years, never for once did LEADERSHIP under my direction owe any arrears in salaries.

3. That LEADERSHIP Group staff members enjoy some of the best conditions of service of any organization. It is on record that currently more than 100 staff members of the Group all over the country have official cars provided by the company. None of these cars is a loan.

4. Yes, it is true that since I resigned both as CEO and as Chairman, the company started owing salaries, but it is not true that the company currently owes up to four months salaries.

5. The salaries that are currently owed are as a result of the debts owed the company by the three tiers of government and their inability to pay is directly related to the fact that Jonathan’s government has not been paying states and Federal Government parastatals monies due to them. This year, only half of the allocations to agencies, state governments and local governments have been paid to them.

6. LEADERSHIP Group is being owed enough money to pay salaries of the entire staff for more than two years.

7. Nonetheless, the management has assured me that it will do its utmost to pay off the salary arrears within the next 60 days, and that is ongoing as I write. 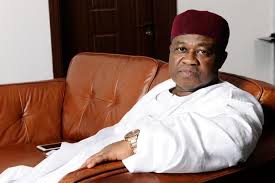