Femi Falana, a Senior Advocate of Nigeria in an interview with PUNCH blamed the All Progressives Congress, APC for the defeat of Governor Kayode Fayemi in the recently concluded Ekiti election.

When asked what did Rauf Aregbesola did to win Osun that Governor Kayode Fayemi did not do to win Ekiti?, Falana said, "Frankly speaking I would not know. With respect, the All Progressives Congress should be held vicariously liable for Fayemi’s electoral defeat in Ekiti State. He is a victim of the ideological crisis of the party.

"Did the party arm its governors with any pragramme or code of ethics? The APC claims to be an offshoot of the Unity Party of Nigeria and the Peoples Redemption Party of the Second Republic. Both parties ensured access to education, health, employment, abolished oppressive taxes which enhanced the quality of the lives of the people.

"Today, the APC has, like the Peoples Democratic Party, priced education and health out of the reach of the poor. The traffic control agencies in the APC-controlled states extort money from motorists like the Nigeria Police Force. The APC is seriously defending the dubious rein of market fundamentalism. It believes in the commercialisation of education and health and the privatisation of public assets. Even in the United States, the bastion of capitalism, the poor are housed by the state while their children can access education. The main crisis in the US Congress pertains to Obamacare which has to do with access to health for 47 million Americans who had no health insurance.

"Here, Nigerians are told that the government cannot fund schools, fund hospitals, construct roads, supply water etc. Nigerians have to pay through their noses for all social services including epileptic power supply. If civil servants cannot educate their children, feed their family and live a reasonably decent life then the government has failed. But due to his socialist background Aregbesola has extricated himself from the crisis of ideological confusion associated with the APC. He is convinced that the national economy should never be handed over to market forces. For me, that is the basis of his electoral victory", Falana said. 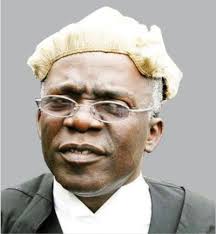