A plot to remove the House of Representatives Majority Leader and arrowhead of the All Progressive Congress (APC) ‘loyalist’ group, Hon Femi Gbajabiamila was uncovered yesterday.

Also, Gbajabiamila met close-door with the Speaker of the House, Hon Yakubu Dogara, yesterday in what senior legislative sources disclosed was in connection to the crisis trailing the appointment of Standing Committee heads.

A text circulated by a unknown group “Members United For Change” to the 360 members of the House and obtained by Leadership newspaper read: “Honourable colleagues, how long can we continue to condone the irresponsible efforts of the House Leader to derail the peace and unity of the House, is he the only member in Nigeria? His absence at the special session today clearly shows his intentions and his unsuitability for this position. Enough is enough, it is time for change, Gbaja Must go! Join us in declaring a vote of no confidence in the House Leader!”.

But a member of the APC ‘loyalist’ group, Hon. Ahmed Kaita, said such move will fail because the sponsors do not have the numbers within the APC caucus. 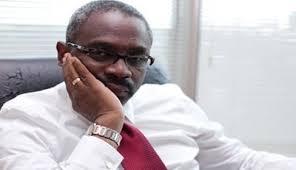 Speaking with journalists after an APC House caucus meeting, Kaita said: “I am very furious about the lies going on and I cant control my anger, reason because the APC as a party gave Speaker Dogara a clear cut instruction five days ago and he was to report back to the party by Monday. But the same Monday he decided to flout the rules of the party.

“Yesterday (Monday), while we were having a meeting in the [APC] national headquarters, texts were flying by the same group of people that do not want APC to succeed in this house, that Gbajabiamila is going to be removed today (Tuesday), and the actually planned it.

“So we came and they couldn’t do nothing, because they know we hold the party and we have the majority and as long as the House is going to be dictated by PDP, we will resist it.

“If Dogara wants us to be with him, fine and good, he is one of our own, and we don’t have any problem with been with Dogara.

“Only if he can align himself with our party manifestos and the wishes of Mr preswwident, he will have a smooth ride, because he has majority in the house, but as long as he will be flouting the orders of the party and as long as he will be instigating some unscrupulous members to say that they will remove the party’s preferred candidates, we will resist him, this is just a mess,” Kaita said.
PLACE YOUR ADVERT HERE
Connect with Politics News Readers!