According to the result announced by the Sierra Leone’s National Electoral Commission (NEC) on Wednesday in Freetown, Julius Madaa Bio received 1,319,406 votes representing 51.81 per cent of the total valid votes cast, 2,546,577, to defeat the candidate of the ruling party.

According to the result Kamara Wilson of the ruling All Peoples Congress (APC) polled 1,227,171 votes, representing 48.19 per cent of the valid votes cast. 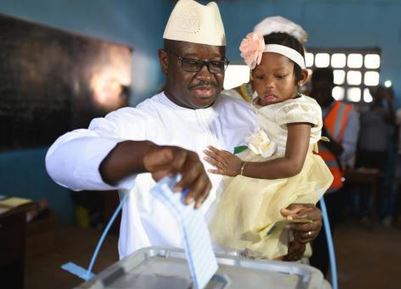