For Sale - One Bedroom Executive Flat - Lagos (NGN37m)
✅ NEW - car park, swimming pool, 24 hours light/security and more.
Ad
The All Progressives Congress, APC has called on President Jonathan to release the Chibok girls if he knows where they are, and urged him not to allow them remain in captivity to score political points.

“Mr. President, tongues are wagging that you know where the girls are and that you want them to be released only when it will give you the maximum political advantage. We don’t know if this is true or not, but if it is, please release the girls now,” began a statement issued in Abuja by the APC National Public Secretary, Lai Mohammed.

“It is cruel and unconscionable for anyone to use these girls as pawns on a political chess board. They have now been in captivity for over six full months. Please end the agony of the girls’ parents and indeed of all Nigerians.

“First, the President waited for all of 19 days before even admitting that the girls have been abducted, losing a critical window of opportunity to rescue them from their abductors. When eventually he was forced by global pressure to admit that the abduction is real, Mr. President and his wife chose to subject the girls’ parents and others to untold verbal assault and mental torture.

“A little over a month after the girls were abducted, the Chief of Defence Staff said the security leadership in the country had located where Boko Haram is holding the abducted girls. Since then, Nigerians have been waiting for the girls to be rescued, to no avail. No one has told Nigerians the problems that are mitigating against the release of the girls, be it logistic or otherwise.

“More recently, on Sept. 23rd, the military tweeted the imminent release of the girls, only to retract the statement shortly thereafter. However, in the intervening period, thousands of ‘supporters’ of the President had gathered at the Pierre Hotel in New York to welcome the President (who was then in New York for the UN General Assembly session) after the release of the girls, while media interviews had been booked for him. No one has told Nigerians why that ‘imminent release’ of the girls was botched.

“Also recently, a flurry of nocturnal activities have been going on ostensibly to negotiate the release of the girls, even after the same government that is apparently behind the activities had bluntly ignored wise counsel and said it would never negotiate their release.

“Finally, President Jonathan, in his characteristic ‘I don’t give a damn’ attitude, refused to meet with the selfless men and women who have been championing the campaign for the release of the girls on the sixth-month anniversary of their abduction. Instead, the President sent a team of impudent ministers who went to lambast the altruistic campaigners and call them names. Juxtapose that with the global solidarity shown to the campaigners from non-celebrities and celebrities alike, including Alicia Keys, and you will realize how insensitive this Administration has been.

“It is clear that President Jonathan has suddenly shown more interest in their release after his consensus nomination as PDP candidate for next year’s elections. Our appeal, therefore, is for the President to allow the immediate release of the girls, rather than wait for when it will give maximum boost to his political fortunes,” it said. 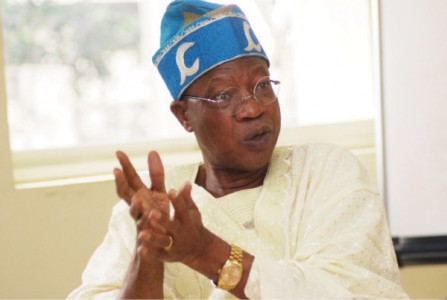