The election was conducted on Saturday. 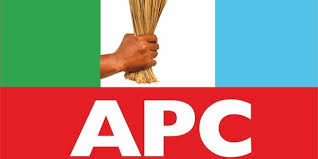 INEC’s Returning Officer, Prof. Mohammed Fannami, who announced the results in Maiduguri, said that Garbai scored 120, 639 votes against 32,347 votes scored by Alhaji Kaka Bolori of the PDP who came second.

The returning officer added that Alhaji Bukar Muhammed of APGA had 324 votes, while Mallam Babakura Modu of the Social Democratic Party (SDP) had 660 votes.