The cleric was invited for interrogation on Monday (tomorrow) by 10am, based on his recent alleged inciting comments that Christians should defend themselves against attacks by Fulani herdsmen

Suleman will be appearing before the DSS with about 30 lawyers because we believe that his persecution has become politicised,” a source told PUNCH. 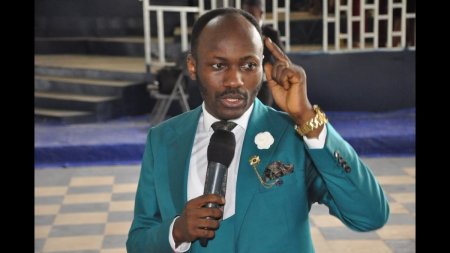 Sources close to Apostle Suleman told PUNCH that he had indicated his intention to respond to the invitation.

When contacted, the clerics Communications Adviser, Mr. Phrank Shaibu, confirmed the invitation, saying he would appear before the DSS on Monday.

He said, “Yes, I can confirm to you that he (Suleman) was officially invited and as a law-abiding citizen, he will honour the DSS invitation on Monday. The invitation, though ludicrous and an afterthought, is a welcome development.”