Chairman and editor-in-chief of Thisday newspaper, Nduka Obaigbena, on Monday revealed the Nigerian Guild of Editors collected N50 million from the Office of the National Security Adviser, in a further widening of the arms purchase scandal.

Special adviser to President Muhamamdu Buhari on Media and Publicity, Femi Adesina was the President of Nigerian guild of editors at the time. 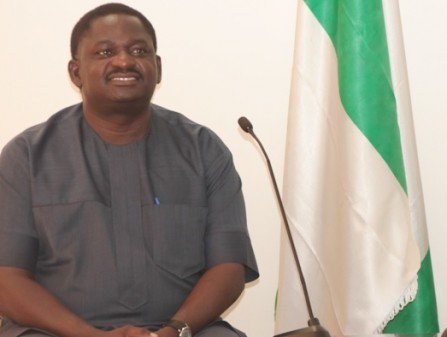 Mr. Obaigbena, who is also the president of Newspaper Proprietors Association of Nigeria, NPA, stated this in a letter to the Economic and Financial Crimes Commission, EFCC, dated December 30, 2015, obtained by Elombah.com.

The EFCC had last December invited the NPAN president in connection with the ongoing probe into the $2.1 billion arms procurement fund allegedly misappropriated by the former National Security Adviser, Sambo Dasuki.

Mr. Dasuki, alongside some top officials of the Peoples Democratic Party, and other former senior officials are currently being investigated for allegedly receiving the arms fund.

Let Femi Adesina respond to this allegations as we Nigerians will only accepts PMB to leave no stone unturned on his fight against corruption.
M

I am not surprised, knew he was friendly with Dasuki after this story - http://www.nigerianbulletin.com/thr...a-knows-more-about-dasuki-open-letter.160541/
Nigeria my country - were the people who are fighting crime and corruption are also guilty. As usual -Nigeria factor will soon set in very soon and everything will be history. Dasuki messed up big time. I cant wait to see how this plays out.
P