Metuh was arrested by officials of the Economic and Financial Crimes Commission for the charges over involvement of his company in the Arms Deal Scandal. 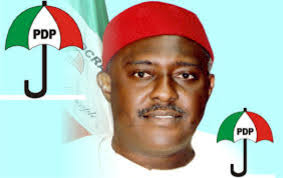 The party claimed the arrest of Mr Metuh was a ‘witch hunt’ of the party’s members to stifle opposition, a claim the ruling party said was false.