Accord Party (AP) yesterday, admitted that its chieftain and former Governor of Oyo State,Alhaji Rashidi Ladoja, got N100million from the former Chairman of the Board of Trustees of the Peoples Democratic Party (PDP), Chief Tony Anenih, ahead of last year’s general election.

According to The Nation, the confession came on the heels of those of Afenifere frontliner, Chief Olu Falae, and Second Republic Presidential Adviser,Alhaji Tanko Yakasai, who also said that they received N100million and N53million respectively from Chief Anenih,in connection with the elections. 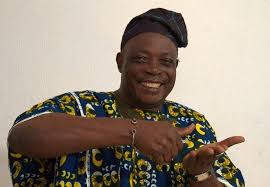 National Secretary of Accord Party, Hon. Nureni Adisa, said in a letter addressed to the Chairman of the Economic and Financial Crimes Commission (EFCC), Ibrahim Magu, said the N100m was to assist the party prepare for the election.

“We confirm that the sum of N100million was given to the party through our leader after series of meetings between the leadership of Accord and Chief Tony Anenih in preparation for the 2015 general elections.