The Economic and Financial Crimes Commission (EFCC) has revealed that it will invite top officials in the Goodluck Jonathan administration that had a hand in the disbursement of funds related to the arms purchase.

According to Vanguard Newspapers, a top EFCC source said top on the list is the former Minister of Finance & Coordinating Minister of the Economy in the last Administration, Dr. Ngozi Okonjo-Iweala. 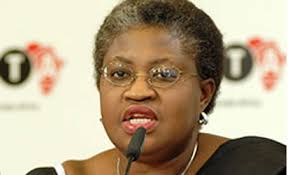 This is coming on the heels of the anti-graft agency’s resolve to re-open the case of the former Rivers state Governor, Dr. Peter Odili.

The former Governor has since debunked saying he collected N100m from the former Peoples Democratic Party (PDP) national chairman, Dr Adamu Muazu and not Dasuki.

Is Buhari going to be indicted for accepting vehicles and part of Dasuki loot?
Show hidden low quality content