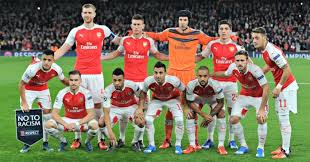 Other first team players who made the cut include Danny Welbeck, Nacho Monreal, Francis Coquelin, Hector Bellerin and Rob Holding.

The 2017 Emirates Cup, which is the ninth edition, is scheduled for this Saturday and Sunday.

The four teams that will take part at this year's edition are hosts Arsenal, German Bundesliga club RB Leipzig, Spanish side Sevilla and Benfica of Portugal.