FREE Nigerian Business Directory
✅ NEW - get your business listed and your information shared across social media.
Ad
Arsenal are preparing to launch a transfer offer for Leicester City’s Riyad Mahrez in the coming weeks, according to reports in France.

Mahrez has scored 17 goals in 35 appearances for the Foxes this season and is among the six candidates to be named as contenders for PFA Player of the Year.

Le 10 Sport say the Gunners are considering making a concrete bid for the 25-year-old winger in the next few weeks after his barnstorming campaign for Claudio Ranieri’s side. 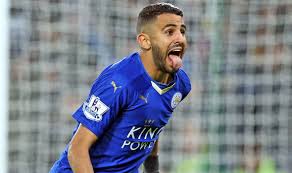 Arsene Wenger is keen to bring attacking reinforcements to the Emirates after the north London outfit appear to have missed out on the Premier League title – once again faltering in the final few months of the season.

However, it is also understood La Liga giants Real Madrid and Barcelona are also very interested in the highly-rated Algeria international.