Curators
For Sale - One Bedroom Executive Flat - Lagos (NGN37m)
✅ NEW - car park, swimming pool, 24 hours light/security and more.
Ad
Arsenal avoided an upset and booked a place in the semi-finals of the FA Cup on Saturday, but defeating fifth-tier Lincoln City 5-0 at Emirates Stadium is unlikely to ease the intense scrutiny bearing down on manager Arsene Wenger. 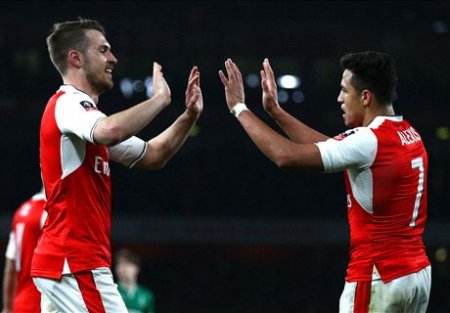 Strikes from Theo Walcott, Olivier Giroud, Alexis Sanchez, Aaron Ramsey and Luke Waterfall's own goal sealed the victory, but more protests prior to the game called for the departure of the veteran manager, who is out of contract at the end of the season and under pressure to walk away having failed to win the Premier League since 2003-04.

A humiliating 5-1 loss to Bayern Munich in the Champions League in midweek, which sealed a catastrophic 10-2 aggregate exit at the last-16 stage for a seventh successive season, could yet prove too great an embarrassment for Wenger to bear when he comes to determine his future.

Wenger has only delivered three FA Cups since 2005 and he could still lift the trophy again in May, Arsenal joining Manchester City in the last four, with Tottenham at home to Millwall on Sunday and Manchester United visiting Chelsea a day later.