The Gunners posted a message on their official Twitter account showing Alex Oxlade-Chamberlain, Mesut Ozil and Hector Bellerin modelling the strip, which is again designed by Puma, on Monday morning.

The shirt again features white sleeves along with a red body, while there is a darker stripe running down the centre. 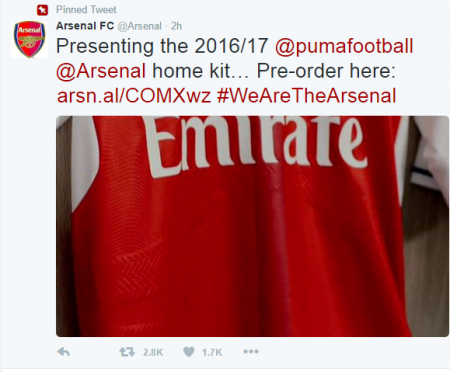 The Gunners will hope it brings them a bit more luck than they had in 2015-16, as they were forced to settle for a second-placed finish behind Leicester City.