According to TheCable, the analysis of the Aso Rock budget shows the following details:

For the president, N1 billion was allocated for both his local and international travels while Vice-President Yemi Osinbajo also gets N300 million for same.

A total of N274.8 million was set aside for electricity charges in the budget.

And this does not include generator fuel which got N45.7 million while maintenance of such generators got N5.3 million.

A total of N23.8 million goes down in the proposed budget as charges for telephone calls at the state house.

N111.1 million was allocated for both.

N6.4 million is allocated to stationery and computer consumables

The president and vice-president, both of whom are getting N98 million and N51 million respectively for supply of such foodstuff and catering materials. 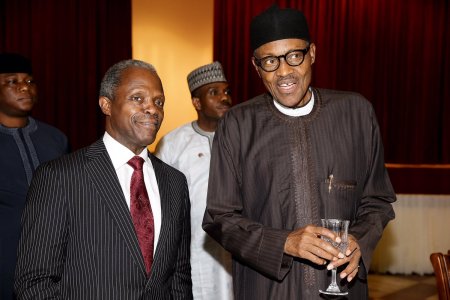 “other maintenance services” got N92 million.

local training at the state house was allocated N57 million.

While N33.3 million was budgeted for financial consulting, legal services got N8.2 million.

To fuel cars at the state house, a total of N68 million is expected to go down while “cooking gas/fuel” would cost N19 million.

N26 million for refreshment and meals

while the vice-president gets N18 million for same.