The Lagos State House of Assembly on Thursday commiserated with the government and people of Ondo State over the Akure-bound Associated Airline plane which crashed in Lagos.

The plane was conveying the remains of former Gov. Olusegun Agagu to Akure for burial which had 20 persons on board.

Mr Segun Olulade, the Chairman, Lagos House of Assembly Committee on Information, Strategy, Security and Publicity, said in a statement made available to the News Agency of Nigeria (NAN) that the crash was a national disaster.

Olulade, who condoled with the families of the victims of the crash, said that the news of the accident came as a huge shock.

The lawmaker said it came when the nation was just trying to recover from the shock that followed the gruesome murder of more than 50 students in the College of Agriculture, Gujba in Yobe.

He stated that ``we commiserate with the people and government of Ondo State, especially His Excellency, Gov. Olusegun Mimiko and the families of victims of Associated Airline plane crash.

The air disaster came when the nation is still mourning the death of the former Ondo State Governor, Olusegun Agagu, whose body was billed for lying-in-state in Akure on Thursday.

"It is time the nation’s aviation sector is completely overhauled."

He said "the survivors of the crash have every cause to thank God for His infinite love and grace even as the dead are being mourned."

The committee chairman appealed to the Federal Government to rise up to its responsibility in the aviation sector.

In Minna, the Northern States Governors’ Forum, had also expressed shock and deep sadness over the crash.

Its Chairman, Gov. Babangida Aliyu of Niger, called for a thorough investigation into the circumstances leading to the crash with a view to preventing a recurrence.

A statement issued by Aliyu’s Spokesman, Mr Danladi Ndayebo, on Thursday in Minna urged the Federal Government to probe the crash, stressing that ``this latest crash must not be allowed to go the way of the previous ones.

"The safety of the flying public must be of paramount importance to those saddled with the responsibility of ensuring safe air travels. No stone should be left unturned in ensuring this."

He condoled with the government and people of Ondo State, the family of late Agagu and the families of those who died in the crash.

Aliyu prayed God to give them the fortitude to bear the loss, grant the deceased eternal rest and quick recovery to those who sustained injuries. 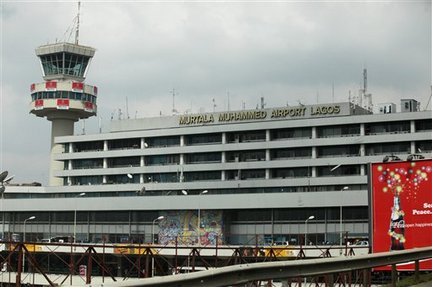