For Sale - One Bedroom Executive Flat - Lagos (NGN37m)
✅ NEW - car park, swimming pool, 24 hours light/security and more.
Ad
The Academic Staff Union of Universities (ASUU) has listed six new conditions as part of the its request from the Federal government in order to call off the lingering strike.

This is coming as President Muhammadu Buhari-led Federal Executive Council will, at its meeting, today, decide on the demands of the Academic Staff Union of Universities.

The Minister of Labour and Employment, Dr. Chris Ngige, who gave this indication in an interview with journalists on Tuesday, said the university lecturers had deliberated on the offers made to them by the government at a meeting on August 17.

The union, in a statement on Tuesday, said it would call off its strike after receiving a positive response to its demands from the Federal Government. 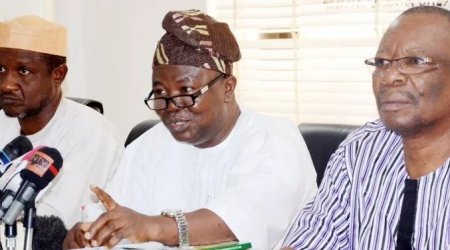 The new demands are:

1. The Federal Government should immediately accept payment of shortfall in salaries of universities;

2. Universities to manage their IGR the way they like and exemption from TSA;

4. Payment of University Salary Scale to teachers in primary schools in universities;

5. Release/implementation of guidelines for the retirement of Professors in line with 2009 FG-ASUU Agreement; and