After days of silence, former Vice-President Atiku Abubakar has reacted to claims that he is owing some foreign workers recruited for his media company, GOTEL.

In a statement today, his media office rebutted the claim, saying “Nothing can be further from the truth”.

It emerged from the statement that money to pay the workers of Gotel, both local and foreign was given to their recruiter, John Chiahemen, a famous journalist and that the matter had once been reported to the police. The statement claimed Chiahemen had since disappeared. 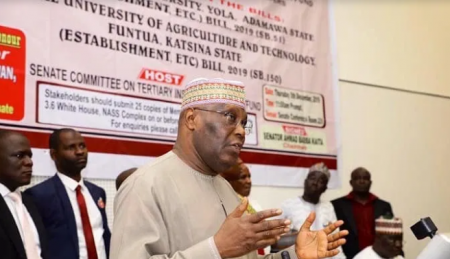