A 16-year-old schoolgirl was set to be charged Tuesday with raising money to support the Islamic State group, Australian police said, warning of a “trend of teenage children” involved in such activities.

The girl and a 20-year-old man were arrested in the western Sydney suburb of Guildford in the morning, New South Wales state police Deputy Commissioner Catherine Burn said.

“We will be alleging that they were involved in obtaining money to send offshore to assist the Islamic State in its activities,” Burn told reporters in Sydney.

“The 16-year-old girl is not somebody who is well-known to us, however it is disturbing that we are continuing to see a trend of teenage children involved in activities that they should really not be involved in at all.” 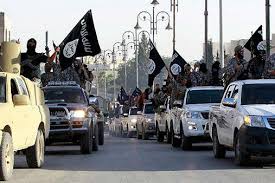 The 20-year-old, named by local media as Milad Atai, faced court on one charge of financing terrorism on Tuesday, the Australian Broadcasting Corporation reported. He remains in custody and was due to appear in another Sydney court on Wednesday, the ABC added.
Share:
Facebook Twitter Reddit WhatsApp Email Link
[1169]
Show hidden low quality content