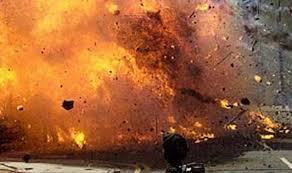 The attack which the militant group claimed responsibility for reportedly occurred on Tuesday morning at about 3:45am.

It marks the first attack by the militant group on an oil facility since it announced a ceasefire and mandated the Chief Edwin Clark led Pan Niger Delta Group to hold talks with the Federal Government on its behalf.

A statement sent to Punch correspondent on Tuesday by NDA’s spokesman, Mudoch Agbinibo, warned multinational oil companies to stop repairs on any facility earlier attacked by its strike force.

The statement read, “Today at about 3:45am our strike team 06 took down Chevron Escravos export pipeline at Escravos offshore.

NDA, it's now obvious that you have choosen the way of destruction. I want to advice you, be prepared for the worst.
You must log in or register to reply here.