Comedian AY Makun's latest movie, 'A Trip To Jamaica' has broken the Guinness World record set by his previous movie '30 Days In Atlanta'. 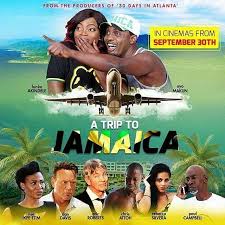 AY took to Instagram to announce the feat. He wrote, “The movie has beaten the box office revenues of all the big budget Hollywood Titles released in 2016 here in Nigeria. These includes BATMAN VS. SUPERMAN, CAPTAIN AMERICA, SUICIDE SQUAD, LONDON HAS FALLEN, GODS OF EGYPT, TRANSPORTER, DOCTOR STRANGE, TARZAN, MAGNIFICENT 7 and CENTRAL INTELLIGENCE. Thanks to you all for going to the cinemas to see Nollywood movies.”

When you have a wonderful cast and story, the movie will always stand out. A job weldone.
M

airstar said:
When you have a wonderful cast and story, the movie will always stand out. A job weldone.
Click to expand...

Have you seen the movie?

Samguine said:
How much has the movie grossed? How much did it get in its opening weekend? By how much did it surpass his first movie?
Click to expand...