The Orlando Pirates and Bafana Bafana goalkeeper was at his girlfriend's place on Sunday, when armed robbers attacked them at her home near the city of Johannesburg.

According to a police report three men carried out the hit, two men entered the house of Kelly Khumalo(Meyiwa's girlfriend) about 8p.m. local time (1800 GMT) while the third waited outside.

"Senzo tried to protect Kelly because one of the men had a gun pointed towards her."

Meyiwa has been the first choice goalkeeper for South Africa, and was in goal for when the Super Eagles played out a 0-0 in the 2015 African Nations Cup qualifiers. 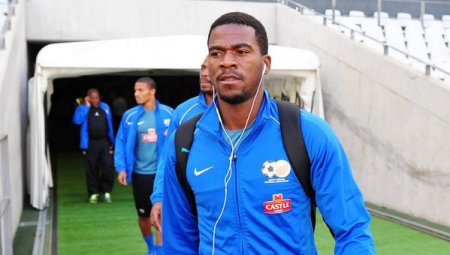 Jun 18, 2016
PressRoom
P
M
Reuben Abati Tells Nigerian Army Why The Python Should Not Have Danced In Abia