It is traditional for the Smithsonian National Portrait Gallery to commission an artist to create a portrait of the president and the first lady after their tenure. 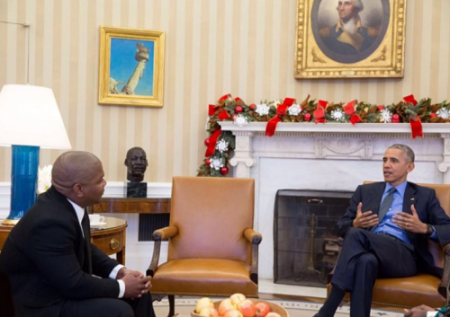 Obama chose Kehinde despite his predecessors having preferred to sit for 90-year old portrait artist Everett Raymond Kinstler, who has painted eight US presidents.

Kehinde Wiley is known for lush, larger-than-life portraits that overlay black street culture with European classical motifs. He is believed to be an exciting choice for the presidential portrait.