FREE Nigerian Business Directory
✅ NEW - get your business listed and your information shared across social media.
Ad
Former US President Barack Obama will be honoured with the "Profile in Courage" award by the John F. Kennedy Library Foundation in May 2017. 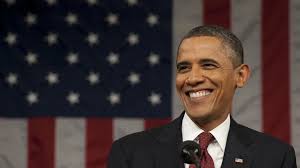 The foundation is recognizing Obama for "expanding health security for millions of Americans, restoring diplomatic relations with Cuba and leading a landmark international accord to combat climate change."

Obama isn't the only president who has been so honored: former Presidents Gerald Ford and George H.W. Bush have also received the award.

In a statement, Jack Schlossberg, the son of JFK's daughter, Caroline Kennedy said, "Our country owes a debt of gratitude to President Obama, not just for the many important policy achievements made during his tenure but also for the example of leadership he provided all of us, which we may draw upon in the years to come".

Sports The death of Kobe Bryant and his daughter, Gianna is more heartbreaking to us as parents – Barack Obama – Linda Ikeji’s Blog