A statement on the incident issued in Bauchi by the State Police Command’s Public Relations Officer, DSP Haruna Mohammed, indicated that 12 others sustained severe injuries.

He said that the incident occurred at about 9.45pm when explosives planted in the park detonated.

He said the injured had been rushed to the Federal Medical Centre, Azare, for treatment and the scene of the incident cordoned off.

Haruna said that no arrest had been made yet,but that investigations had commenced on the incident. (NAN) 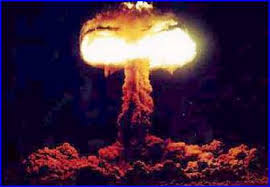