FREE Nigerian Business Directory
✅ NEW - get your business listed and your information shared across social media.
Ad
The Bayelsa State House of Assembly has unanimously re-elected Mr. Konbowei Benson as the Speaker of the House.

This followed his re-election as member of the state House of Assembly representing Southern Ijaw Constituency IV in the recent re-run poll. 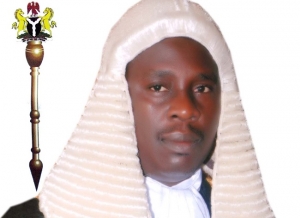 Benson and Michael Ogbere for Ekeremor Constituency III were inaugurated as members, Monday, during the sitting presided over by the Deputy Speaker, Mr. Abraham Ingobere.

Benson had vacated his seat and office as the Speaker after the Court of Appeal nullified his election.
You must log in or register to reply here.