Curators
For Sale - One Bedroom Executive Flat - Lagos (NGN37m)
✅ NEW - car park, swimming pool, 24 hours light/security and more.
Ad
The Bayelsa State Government has a approved a 30 per cent reduction in the salaries of all political appointees in the State, the state Commissioner of Information and Orientation, Hon. Jonathan Obuebite has said. 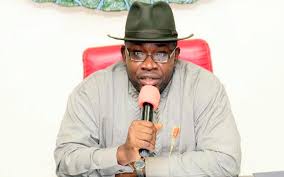 The decision was reached at the inauguration meeting of the State Executive Council headed by Governor Seriake Dickson held over the weekend.

The Commissioner, who made this known in a press statement issued to the press said the pay cut in the cabinet members’ salaries was to enable the state government meet its financial obligations.

According to the statement; “All permanent secretaries, executives of parastatals, headmasters and principals will henceforth prepare payment vouchers for payment of salaries and they will be held responsible for any irregularity, and the process must commence immediately.

This pay cut in public office appointees came ahead the commencement of payment of Local Government workers salary billed to kick off today (Monday May 16, 2016) at various designated centres.