The decision, which will soon be announced officially by INEC, means the elections are inconclusive. 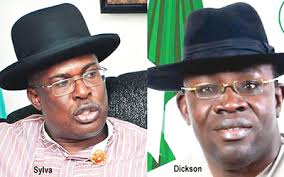 INEC said the decision was taken because of violence, the abduction of electoral officials and ballot box snatching, according to details seen by PREMIUM TIMES.

The election will be conducted in due date.

Governor Seriake Dickson has a clear lead in the election, according to results announced so far by INEC.

Mr. Dickson, the candidate of the Peoples Democratic Party, won in majority of the seven local government areas announced on Sunday by INEC.

His main challenger, Timipre Sylva of the All Progressives Congress, APC, has so far scored the second highest number of votes.

Curators
so what happens now?
P